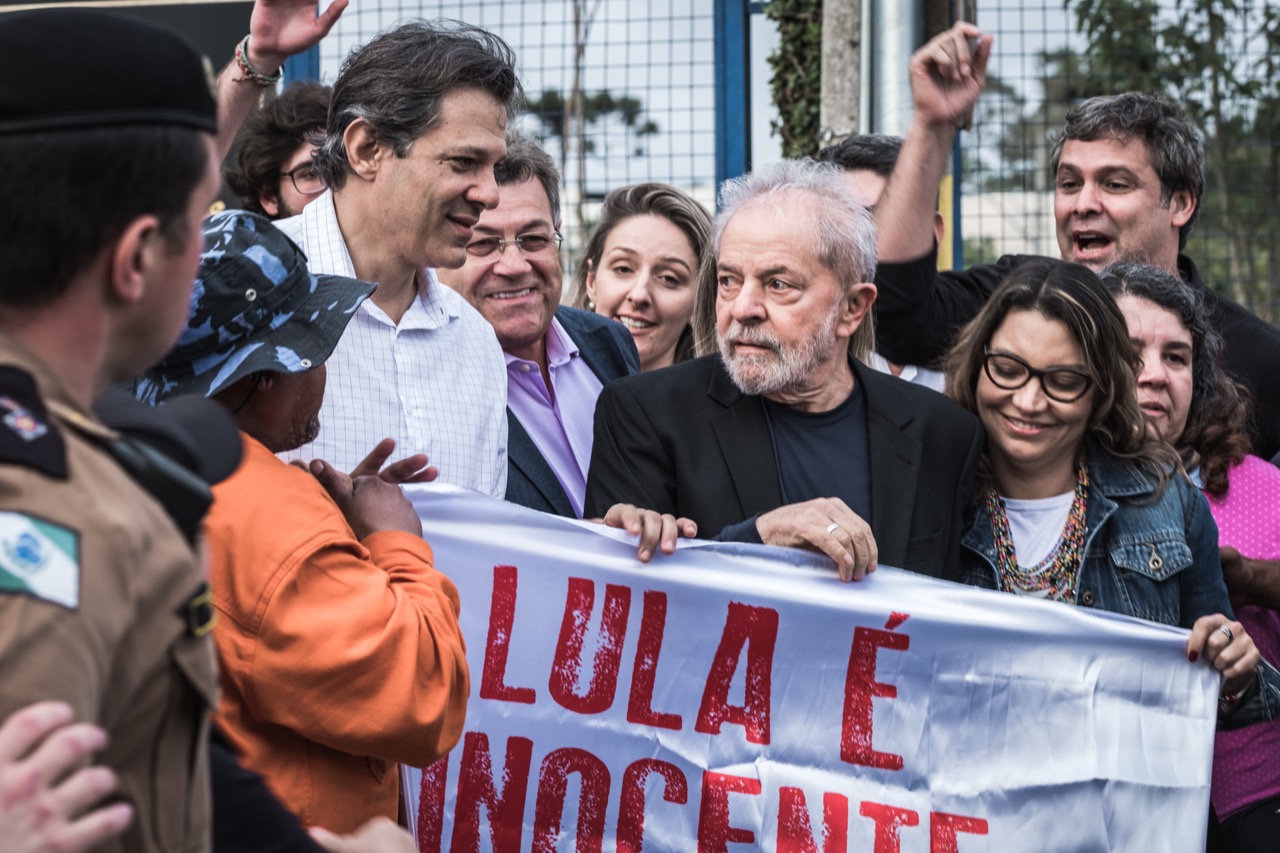 The release of former president Luiz Inácio Lula da Silva (Workers’ Party), this Friday, garnered ample international reactions. Lula was released after a request from Judge Danilo Pereira Júnio, of the 12th Federal Court in Curitiba, based on the decision from the Supreme Court (STF) from Thursday, which only allows prison terms to be carried out after exhaustion of all appeals.

In South America, the Argentine newspaper Clarín highlighted, in its home page, the headline “Lula da Silva was released after 580 days imprisoned for corruption”. The newspaper wrote that “the historical left-wing leader left the Federal Police HQ smiling and was surrounded by a crowd of supporters acclaiming him”.

Lula’s release was also highlighted by the TV networks NTN 24 and TVN, from Chile. The Chilean CNN affiliate dedicated most of its home page to the protests in Chile, but followed them with the news: “Lula da Silva leaves prison after being authorized by Brazilian Courts”.

The Venezuelan network Telesur also highlighted in its headlines a statement from Lula after leaving prison: “Lula da Silva released after 580 days in prison: ‘They did not imprison a man, but an idea’”. Their website also published a photo of Lula’s daughter, Lurian da Silva, who celebrated his release in the town of Curitiba.

The American newspaper The New York Times also published, in its “World” section, a photo in which Lula holds a flag with the words “Lula is innocent”. The newspaper pointed out that Lula’s release may exacerbate the polarization with president Jair Bolsonaro (of the PSL party), as he will be a “rival on the left” to the extreme-right policies of the current administration.

Russian TV network Russia Today highlighted in its home page a statement from Lula: “I did not think that today I would be able to be here talking to you”, including a video. Iranian HispanTV published a photo of Lula with party members Fernando Haddad and Gleisi Hoffman, along with part of the former president’s speech, in which he criticizes current Justice Minister Sergio Moro.

International leaders speak
Venezuelan president, Nicolás Maduro, was one of the first to talk after Lula’s release: “It is news to the heart of the people”, Maduro said, during a speech at Miraflores Palace. The Venezuelan head of state also recalled that Lula, along with former president Hugo Chávez and Argentine former president Nestor Kirchner, were the “drivers of Latin American integration”.

Argentine president-elect Alberto Fernández tweeted that he is moved by “Lula’s strength to fight the persecution from the capricious judicial process he was subjected to”. His vice-president, Cristina Kirchner, celebrated in the social networks and wrote that Lula is the victim of one of the “greatest lawfare aberrations in Latin America”.

Bernie Sanders, Senator and presidential candidate in the US, also saluted Lula. “As President, Lula has done more than anyone to lower poverty in Brazil and to stand up for workers. I am delighted that he has been released from jail, something that never should have happened in the first place”, he tweeted.

Lula Day will have events in ten countries in America, Europe and Asia