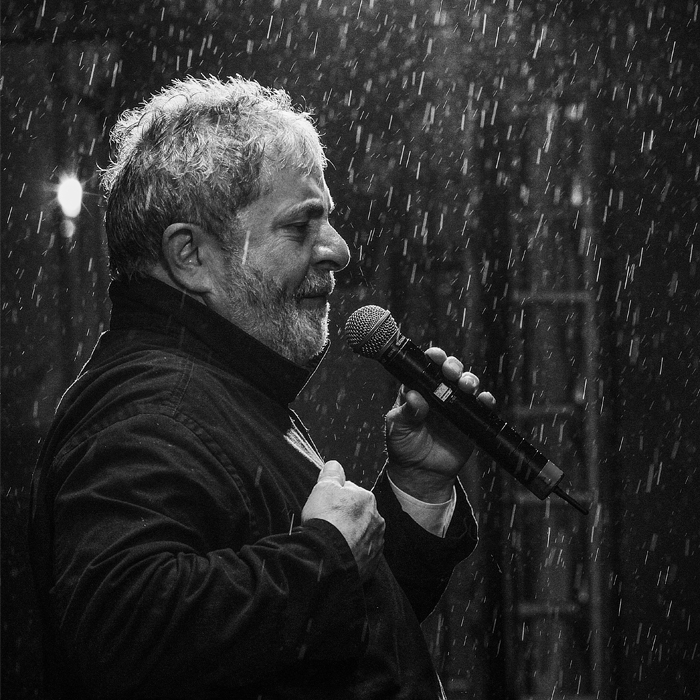 I thank with all my heart each and every one of you, artists and audience, who came together on June 2 to turn the Republic Square into the Democracy Square. While it’s called ‘Free Lula Festival,’ I know this is so much more than an act of solidarity with a political prisoner. What you demand is much more than Lula’s freedom. It’s about the freedom of a people who won’t accept being the prisoner of hatred, greed, and obscurantism.

Many of you who are there, artists and audience, fortunately have not witnessed the horrors of the civil-military dictatorship set up in 1964, that regime that some want to establish again in Brazil. It was a time when the struggle against censorship could be translated into songs that would say, ‘You cut a verse, I write a new one.’

It was with a lot of struggle that we were able to end censorship in this country. And we won’t accept this other form of censorship, which is trying to stop the sources of funding for the arts and culture. And we will not accept the attempt to censor critical thinking, quashing universities.

If they take down our banners, we write new ones and hang them up again. And we will continue to take to the streets in defense of public, quality education and health; of opportunities for every man and woman; against all forms of inequality and setbacks.

Our opponents want more guns and less books, less music, less dance, less theater, less cinema. And we insist on reading, writing, singing, and dancing. We insist on going to the theater and making movies.

Nothing is more dangerous for our opponents than a people that sings and is happy. That makes the arts and culture instruments of resistance. So let’s take up the battle, without fear of being happy, feeling sure that love always wins.

I miss you all and wish I could be there with you.

Melbourne | May Day of Struggle and #FreeLula