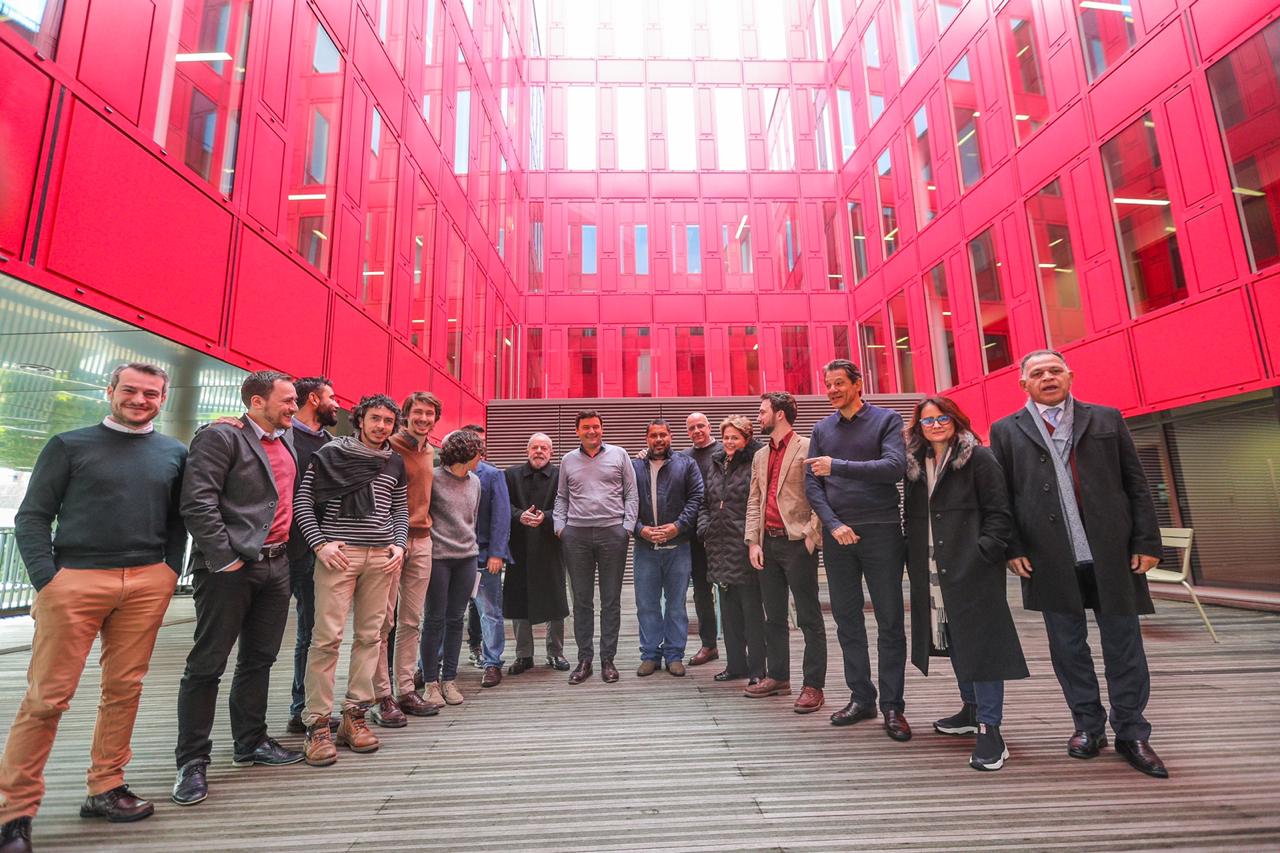 Former Brazilian president Luiz Inácio Lula da Silva had a meeting with economist Thomas Piketty last tuesday (3rd) at the Paris School of Economics. The author of “Capital in the Twenty-First Century” co-directs a research lab on global inequality dynamics and has taken the opportunity of Lula da Silva’s stop in Paris to invite him to present the Brazilian experience in the fight against extreme poverty.

Inequality has been being a crucial issue on Lula da Silva’s agenda over the last few months. “I want to thank the chance of discussing an issue that I that is very dear to me. We have to approach inequality as a political problem, a matter of human dignity. There will not be a decrease in inequality if we do not get into the core of wealth”, he evaluates. The meeting has gathered researchers on global inequality, especially in Latin America and Brazil.

“Understanding Brazil is very hard if one does not take into account the 350 years of slavery. Although it has been officially abolished, we are still a slavery society. It is part of Brazilian economy. It is part of patrimonialism. The Brazilian elite has never actually realized how important it is to improve the poorest people’s well-being“, the former president declared.

Lula has also reflected on the practical challenges faced during the adoption of policies to reduce inequality throughout his presidency years. “Undertaking a reform means one must establish for what purpose and who is going to benefit from it. One must also be aware of the power relations within society and institutions”, he pointed out. “When I won the 2002 presidential elections, I had just 91 of the 513 deputies and 14 of the 88 senators on my side. When Dilma Rousseff became president, these figures plunged to 72 deputies and 6 senators. This majority worked to maintain the status quo or follow their own agendas”.

According to Lula da Silva, this has weakened the State. “A mechanism was created where private corporations to control the State”.

The former president has also talked about the social welfare programs, Bolsa Família (“Family Allowance”, financial aid to low income families), Luz para Todos (“Light for All”, access to electricity for millions of households) and ProUni (university tuition financial aid to low income families’student) as the Workers’ Party’s government main legacy and how these measures boosted economic growth, despite Brazil’s elites discomfort. “Setting up conditional cash-transfer schemes was a battle against everything and everyone, especially the so-called experts. When we decided to create the Fome Zero (Zero Hunger) program, many people defended it would be better to invest in roads and infrastructure. I argued that people does not eat cement, people eat rice and beans and that is what they need right now”.

“There is no humanitarian justification for allowing one citizen to have $100 billion in their bank account whilst one hundred million people still face hunger. I do not know how much longer I am going to live, but while I can, I am going to help to create a public outcry over world wealth concentration”, Lula said.

At the end of the meeting, Piketty announced it was the first of a series of joint events on the issue of inequality. “It has been very interesting, we have to ensure we will keep in touch and advance the debate with our team in Brazil”, the economist said.