Lula: “I pray that Brazilian people escape a genocide caused by Bolsonaro” 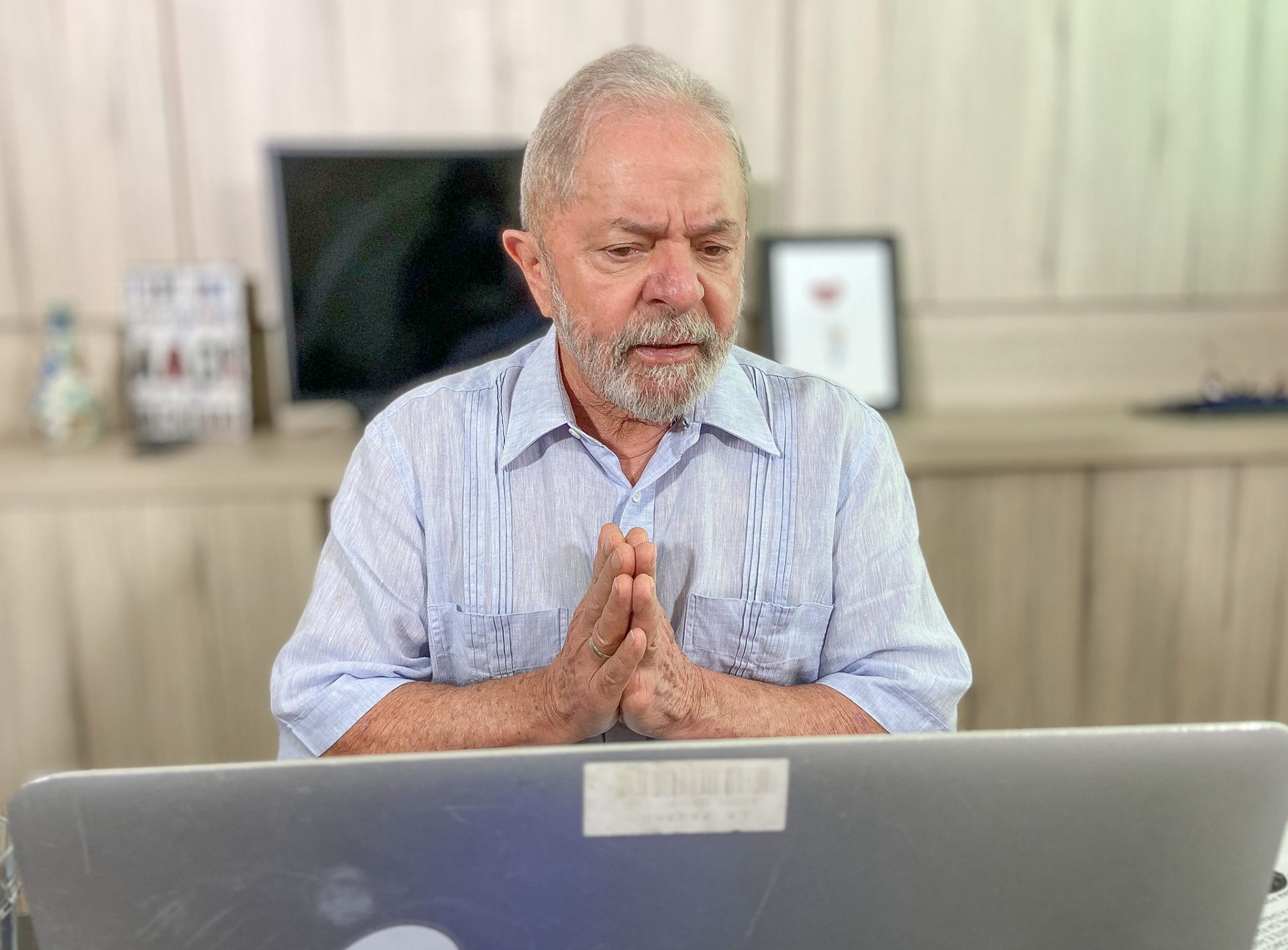 In an interview with AFP by video conference from his home near Sao Paulo, Lula defended the president’s impeachment and also expressed concern with the military role in the government which, according to him, enjoy “more influence now” than they did during the military dictatorship (1964 – 1985).

Though Brazil is one of the worst coronavirus affected countries, recording nearly 14,000 deaths, president Jair Bolsonaro repeteadly calls for lifting lockdown orders, arguing that re-opening economy is critical in order to avoid a “social turmoil”.

What do you make of the political tension amid Covid-19 pandemic in Brazil?
The administration is turning anyone who’s worried about coronavirus into an enemy, and that’s not the right path. I’m Catholic, so I pray the Brazilian people escape a genocide caused by Bolsonaro.

In March, you said you were against impeaching Bolsonaro. Have you changed your mind?
No. I said we shouldn’t try to impeach a president who had just been elected. The person has to have committed high crimes. Now, in my opinion, Bolsonaro has done that. He has attacked democracy, democratic institutions and the Brazilian people. He doesn’t even respect those who are dying (of COVID-19). But I think the movement for impeachment should come from somewhere other than a political party, to avoid any ideological connotation.

What do you think of Bolsonaro putting military officers in a string of top posts in his government?
As an institution, Brazilian Armed Forces safeguards our sovereignty. It has a lot to contribute to peace and order in our country, but they can’t take sides. Their party is Brazil. However, we notice Bolsonaro is putting military officers in top posts of his government. These days, there are less civilians than military officers in the presidential palace, the military are in charge. The country is not supposed to be a military barrack (…) it has to be led as democratically as possible, and the military doesn’t always know how to deal with democracy.

What is the real role of the military close to Bolsonaro?
I believe they play an important role in Bolsonaro’s decision-making process. Everytime he says something foolish, an officer corrects him in very the next day. If the Health minister gives an interview, there will a general on his side. They have even more influence in the government than they did during the military dictatorship (1964 – 1985), when generals were presidents.

Why is it that the left-wing does not have a major role in the opposition?
The left-wing opposes the government every day, in Congress, via social and trade unionist movements. The only difference now is that we are not taking to the streets. Many people who voted for Bolsonaro now understand he is not capable of being a president of the Republic. I am sure the right-wing is not used to suppporting such an uncivilized president.

Would your party (the Workers’ Party, PT) consider entering a broad coalition with the center-right to oppose Bolsonaro?
It’s hard to imagine. One must know the difference beetween a broad coalition and an alliance. If the PT takes part in an alliance, it would be a left-wing one. It’s hard to imagine a broad alliance, like the one that happens in Uruguay, here in Brazil. There are more than 30 parties here, and public funds to finance each electoral campaign. Few parties are willing to give it up, they do not want to lose their autonomy.