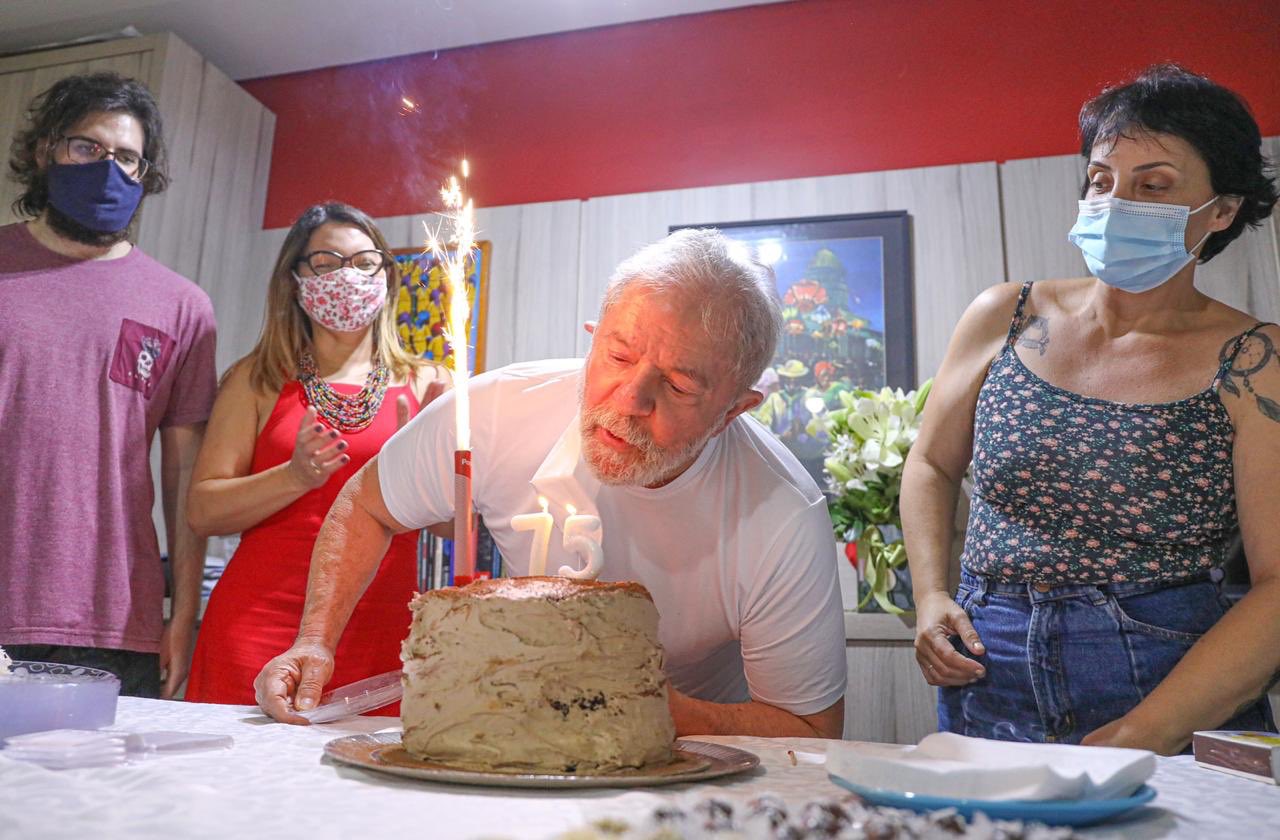 A steel worker, union leader, founder of the country’s largest leftist party, first president hailing from the working class, “world champion” in the fight against hunger. 75 years ago, Luiz Inácio Lula da Silva came to the world, a son of Brazil to whom no one is indifferent.

“Those who were born in the state of Pernambuco and didn’t die of hunger till age five, will not bow down to anything”, Lula often says, the seventh son of Aristides Inácio da Silva and Eurídice Ferreira de Melo. The exact place of his birth is the town of Caetés, on October 27th 1945, but the birth was only registered 7 years later, in the state of São Paulo.

A 13 day ride on a make-shift bus, took Lula from the northeast to the southeast of Brazil. He traveled 2.5 thousand kilometers with his family to reunite with his father, who had migrated in search of better living conditions.

The journey is an emblem of the former president’s political trajectory. From city to city, shoulder to shoulder with rural and urban workers, facing all sorts of difficulties in order to build a dignified future, he never lost sight of his roots.

The beginning of a life in politics
Different from his parents, Lula had a chance to become literate – always reconciling studying and work while living in coastal São Paulo. He sold oranges, chopped wood, caught shellfish and crabs. He worked at a paint shop, was shoe shiner and office assistant before earning a technical degree as a mechanic from the National Learning Service (Senai).

In 1964, the year of the military coup in Brazil, Lula lost his left pinkie finger after a work related accident in a steel factory that manufactured screws. Four years later, he joined the Diadema and São Bernardo do Campo Steel Workers’ Union – influenced by his older brother, Friar Chico -, and already in his first months was elected to a leadership role.

At that time, he met widow Marisa Letícia Rocco Casa, a state school inspector. The couple married in 1973 and remained together until her death, resulting from a cerebral vascular accident in 2017.

At age 30, the factory worker from the state of Pernambuco was already well known for his charisma and communication skills. Elected Union president in 1975, he led labor strikes in the São Paulo metropolitan area during the dictatorship up till the start of the 1980’s, when he was arrested and blacklisted under the National Security Law.

There was no turning back: Lula was immersed in politics. The creation of the Workers’ Party (PT) in 1980, “tied together” his rural family history, with his urban professional trajectory, opening the gates for his engagement in struggles well beyond the factory floor.

Insistence and vindication
After his role in the “Direct Elections” campaign and the end of the military dictatorship in 1985, Lula was elected to the National Congress representing the state of São Paulo, collaborating in the debates that led to the formulation of the Federal Constitution of 1988.

Having been defeated in the 1989, 1994 and 1998 presidential elections, Lula toured Brazil from tip to bottom, gained experience and adopted a more conciliatory tone towards business sectors, without giving up his commitment do fight poverty.

“Hope overcame fear” in the 2002 elections, ushering in a 14 year cycle of the Workers’ Party presiding over the Federal government.

Lula is considered to be one of those responsible for lifting Brazil up and out of the World Hunger Map, he built more Federal universities than any other president, brought the country closer to a reality of “full employment”, and guaranteed a realistic minimum wage increase during every year of his governance. From an international standpoint, he furthered regional integration projects without the guardianship of the United States and held dialogue with heads of State from across political spectrum.

With the Bolsa Família social assitance program – that not even his adversaries dare end -, the former president became a synonym for the fight against hunger and poverty, and brought millions of Brazilian families into the consumer market. With a more than 80% approval rating at the end of his second term, he helped elect Dilma Rousseff (PT) as his successor in 2010.

In the 2018 elections, two years after the coup against Dilma Rousseff and after winning a battle against throat cancer, Lula expressed the desire to return to the presidency. He was leading the race in all polls until his arrest, in the wake of a second appeal court decision by the 4th Circuit Federal Regional Tribunal (TRF-4).

Losses and persecution
Since becoming a relevant political figure nationally, Lula has been dealing with persecution.

During the dictatorship, he was allowed to leave the Department of Social and Political Order (Dops), to take part in his mother’s funeral, the lady affectionately called Dona Lindu. Almost 40 years later, arrested without evidence by the ‘Car Wash’ operation, the president was barred from attending his brother Vavá’s wake, though he was present at the burial of his seven year old grandson, named Arthur, under heave security detail.

This past week, Lula was indicted a fourth time by the ‘Car Wash’ operation. All charges levied on da Silva outside of the city of Curitiba, where the operation began, have been dropped. The stockpile of legal proceedings against him is seen by jurists the world over as an example of lawfare, or “judicial war” with political motivations.

Lula has been free since November 8th 2019, after the Supreme Federal Court (STF) recognized the illegality of his arrest, which occurred before all legal measures were exhausted, meaning that the conviction was not final and there was the possibility of further appeals.

Recognition
Without ever having enrolled in a collegiate institution, Lula has an honoris causa doctorate from 35 universities.

Widower to Marisa Letícia, he now lives in the town of São Bernardo do Campo with his companion Rosângela da Silva, who he met a few months prior to his imprisonment. Out of his last 3 birthdays, this is the first that Lula celebrates outside of the Federal Police jail in Curitiba.

Though silenced by the mainstream media, the leftist leader is still relevant. For 580 days, thousands of people passed through the Free Lula Vigil, manifesting their solidarity and showing the world that his arrest was unjust.

In the 2018 elections, the so-called vote transfer from the Lula to former minister Fernando Haddad, shocked those who were doubtful of the ex-president’s influence. This year, once again, according to a Datafolha Institute poll, Lula is the “political influencer” with the most potential to sway the upcoming municipal elections, with a smaller disapproval rating than Jair Bolsonaro, and São Paulo state governor João Dória.

Barred from running, the Pernambuco native from the town of Caetés doesn’t hide his desire to once again tour Brazil with his caravans of followers – the last such event took place in 2018, in the south of the country.

Lula da Silva: “I Am Thirsty For Justice”