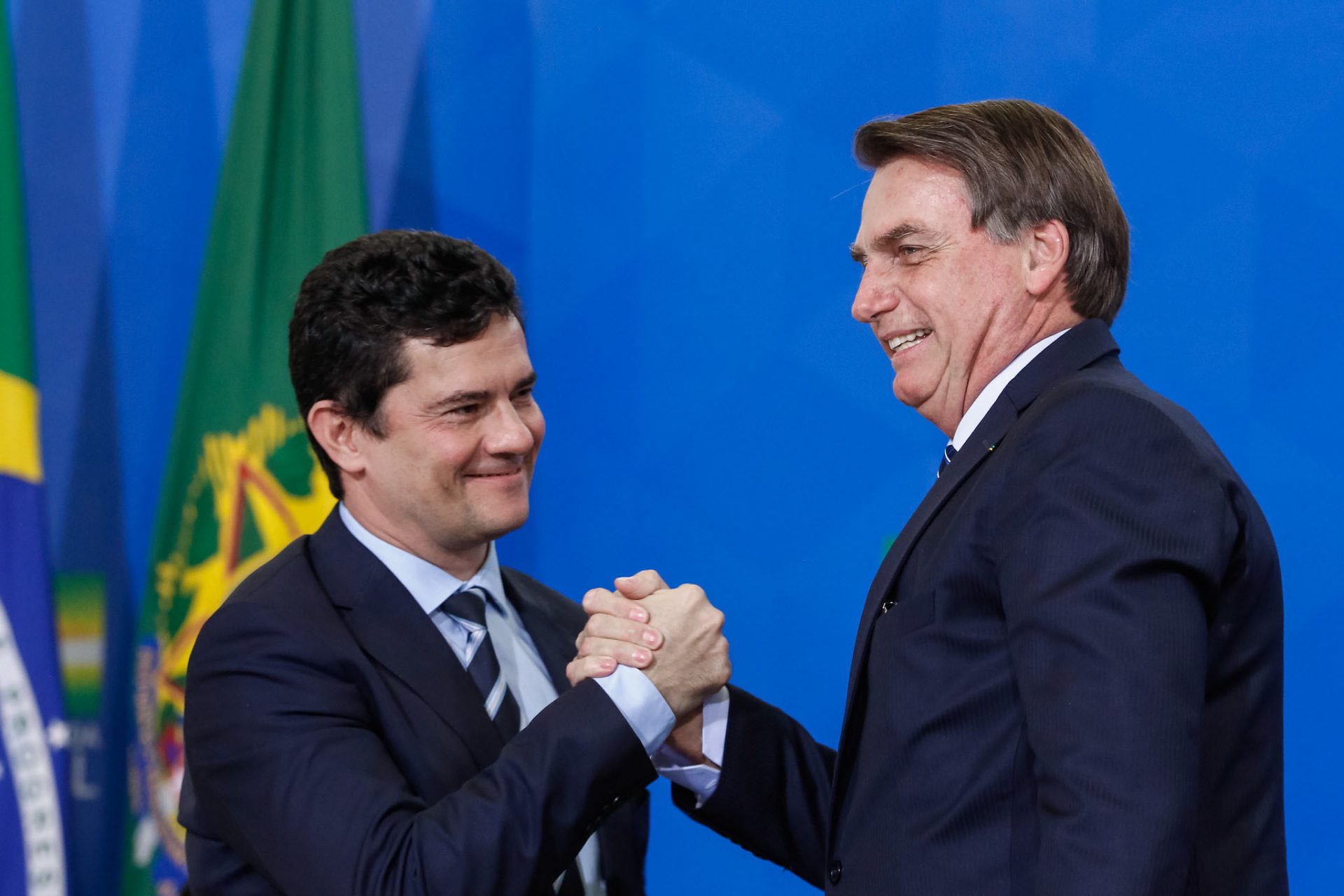 March 1, 2021
The ex-minister of Justice and Public Security Sergio Moro, who was invited to take part in Jair Bolsonaro's administration during the 2018 presidential elections. Photo: Carolina Antunes/PR

Brazil is experiencing several crises at the same time — the catastrophic health situation, the fragile economy and extreme political polarization. We can now add corruption of the judicial system to the list. It didn’t have to be like this. Brazilians had high hopes seven years ago, when a young magistrate named Sergio Moro launched an anti-corruption operation called Lava Jato, or Operation Car Wash.

Seemingly overnight, with the support of the judicial system and the media, Mr. Moro and the prosecutors in charge of the operation were going to save Brazil. And in a short time their efforts yielded impressive results: Millions of dollars were recovered, and several high-level politicians and businessmen were imprisoned, culminating in the arrest of former President Luiz Inácio Lula da Silva in April 2018.

Did Operation Car Wash prove that justice could put a stop to endemic corruption in Brazil, or was it just a fairy tale that veiled other political interests? In recent weeks, the dark side of Lava Jato has been laid bare, and a feeling of deep disenchantment with so-called Curitiba justice, named after the capital of the southern state of Paraná, where the task force was headquartered, has spread throughout the country. Operation Car Wash was branded the largest anti-corruption investigation in the world, but it became the biggest judicial scandal in Brazilian history. When the task force was dissolved on Feb. 1, almost no one took to the streets or social media to mourn its end.

Instead of eradicating corruption, achieving greater transparency in politics and strengthening democracy, the now notorious Operation Car Wash paved the way for Jair Bolsonaro to come to power after eliminating his main rival, Mr. da Silva, from the presidential race. This has contributed to the chaos Brazil is experiencing today.

Car Wash prosecutors have attributed its successes to the use of innovative methods (in particular, the role of plea bargains) that allowed the courts to act quickly. They cite the 1,450 arrest warrants, 179 criminal proceedings and 174 prison sentences resulting from it. However, hacked phone app messages revealed that instead of following due legal process and carrying them out in the courts, Mr. Moro used a phone app as a back channel to communicate with the prosecution team and strategize which charges should be filed against the former president. On Feb. 9 the Supreme Court granted Mr. da Silva’s defense team access to the leaks.

Although it has long been known that Mr. Moro convicted Mr. da Silva for indeterminate acts and on flimsy charges, we now know that Mr. Moro himself helped mount the accusation against Mr. da Silva, thus violating the Brazilian justice system’s legal principle of not being a judge and a prosecutor at the same time.

When Mr. da Silva’s lawyers complained that they were illegally spied on by the Lava Jato operation, they were assured it was a mistake. Today we know that the prosecutors were periodically informed by federal police agents in charge of telephone surveillance, helping them devise strategies that would lead to his conviction.

Mr. Moro boasted about the money flowing back to the public coffers, failing to mention 50 percent of the fines the U.S. Department of Justice imposed on Petrobras and Odebrecht went to a private law foundation managed by Car Wash prosecutors, as well as N.G.O. leaders. By doing so, the prosecutors bypassed the Brazilian Constitution, as those funds should be allocated to the public budget. As a consequence, the Supreme Court suspended the foundation in 2019.

It will be a while before all the ins and outs of the operation come to light, but what we do know is that to combat corruption, our hero Mr. Moro used methods in flagrant violation of the rule of law. As a reward, he was handed the position of minister of justice and public security.

This doesn’t necessarily mean that there is no effective way to combat corruption. Indeed, there’s much we can learn from the Brazilian experience.

Mr. Moro and the members of the investigation were empowered to act decisively and get results; this bothered Mr. Bolsonaro, who has done everything possible to reverse these policies. The problem is that Mr. Moro and the prosecutors perverted these institutional advances — including their independence from public power — by transforming a simple temporary task force into an entity above the law at the service of a political objective, initially relying on the support of the higher courts.

Mr. Moro, who resigned from his ministerial position in April 2020, made clear during his stint in the magistracy and the executive that like his former boss, he believes that democracy and the rule of law can be set aside in the name of the fight against corruption. And even that statement can be disputed now that Mr. Moro, in a clear conflict of interest, works for a law firm hired by Odebrecht.

To put an end to the promiscuous relationship between money and politics — the underlying problem revealed by the operation, and its main accomplishment — it is not enough to prosecute and imprison. Companies were bankrupted, and the country was put in turmoil, but even after hundreds of arrests, corruption has not abated.

Brazilian democracy is in danger. To change this, it is necessary to go beyond prosecution and institute true political reform that can help address the root of the problem by attacking the illicit financing of political campaigns. It is also necessary to introduce more effective tools of accountability in the judiciary, in order to avoid cases like Operation Car Wash, which had institutional protection even after it became clear that wrongdoing had been committed since the early stages of the investigation.

Operation Car Wash is over, but its story has yet to be fully told. For Brazil to face its multiple crises, to truly attack corruption and overcome this dystopia, there must be a critical reassessment of the investigation.

Gaspard Estrada (@Gaspard_Estrada) is the executive director of the Political Observatory of Latin America and the Caribbean at Sciences Po in Paris. This essay was translated by Erin Goodman from the Spanish.