“Put the US attorneys to work” (against Lula): Sergio Moro caught in new scandal 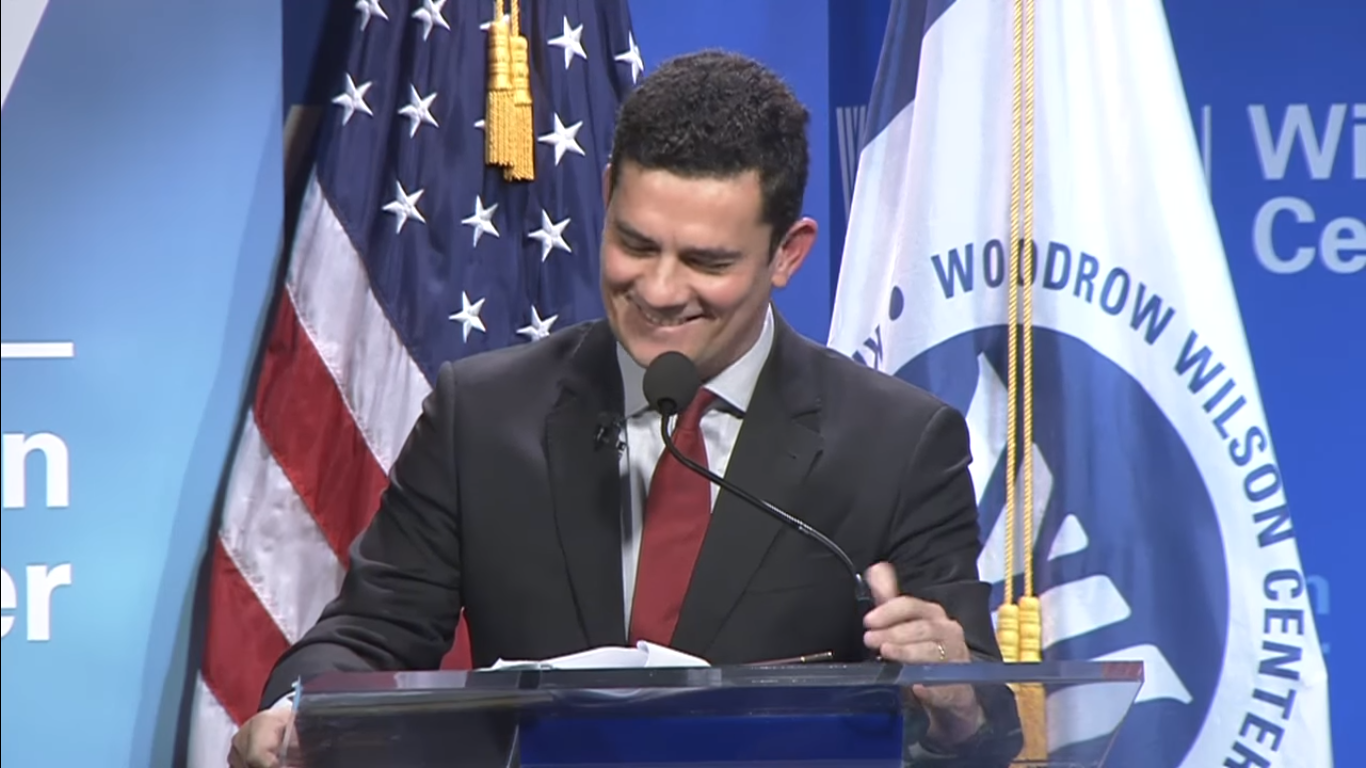 Supreme Court Minister Ricardo Lewandowski has lifted the confidentiality on conversations between prosecutors from Operation Lava Jato and ex-judge Sergio Moro, which were captured via a hack of the Telegram messaging platform in 2018.

The material, 50 pages long, adds to excerpts released last week which revealed Sergio Moro coaching the Lava Jato task force on how to present the case of the so called triplex in Guarujá, alleged to have belonged to former president Lula, for maximum political impact. It was the case which was used to keep Lula out of the 2018 election, which he was on course to easily win according to polls.

The latest release further emphasises that the Lava Jato Task force was acting concertedly against Lula, Dilma Rousseff, and the Workers Party, during the entire coup period between the 2014 and 2018 elections. This was happening in collaboration with U.S. government agencies and its expanded state.

On November 4, 2015, Lava Jato prosecutor Deltan Dallagnol communicates illegally about the Lula case with Judge Sergio Moro. It’s timing shows how malfeasance in Lava Jato, in collaboration with U.S. agencies, was already underpinning the then ongoing campaign for the removal of Dilma Rousseff’s government on corruption grounds, as well as efforts to prosecute Lula.

In it they refer directly to illegal direct contact with US authorities and Moro encourages the use of US attorneys on the case against Lula.

11:21:24 Moro: What do you think of these crazy notes from the national directorate of PT? Should we officially react? Or will it help?
12:30:44 Deltan: In my opinion and that of our communication adviser, no, because it has not had repercussion, and we would give more visibility to what has no credibility.

The next day Dallagnol makes fun of the Workers Party’s anniversary celebrations, posting various media articles hostile to the PT and former President, and warns of how they must use the media to their advantage.

03:08:00 Deltan: There were more people in my lecture than at PT’s birthday haha, who were entitled to other attractions. 9 (Lula) is increasingly weakened, although we cannot underestimate him, much less make any movement in the media that strengthens him. We have to take care of communication in this case.

Dallagnol’s colleague then depicts their pursuit of Lula in terms of the atomic bombing of Japan during the second world war.

12:22:20 Januario Paludo: First step: obstruction. Then we talk about the rest. But the agreement is capitulation. If necessary we will use the tactic of US in World War II to force Japan’s capitulation. Hiroshima and Nagasaki

On 16th March, prosecutors are later seen posting photos and videos from right wing protests against the appointment of Lula as Dilma Rousseff’s chief of staff, and celebrating his judicial blocking from assuming the role, which followed Moro’s illegal leak of an edited telephone conversation between Rousseff and Lula. The audio, broadcast on Globo’s Journal Nacional, constructed the impression of wrongdoing on her part, and directly assisted the campaign for her impeachment, which was by then imminent.

21:05:53 Orlando SP: I’m worried about Moro! With the reasons for the decision. There will be representations left over for him.
21:06:48 Laura Tessler: Yes, there will. And against us. We knew that.
21:09:14 Orlando SP: He was justified by STF precedents to release audios?
21:09:25 Laura Tessler: I don’t think so … they have already reached the limits of the bizarre … the population is on our side … any attempt at intimidation will turn against them.

The implications of the latest release of Lava Jato Task force conversation transcripts are still becoming clear. The full document can be found here, with further in-depth analysis to follow.