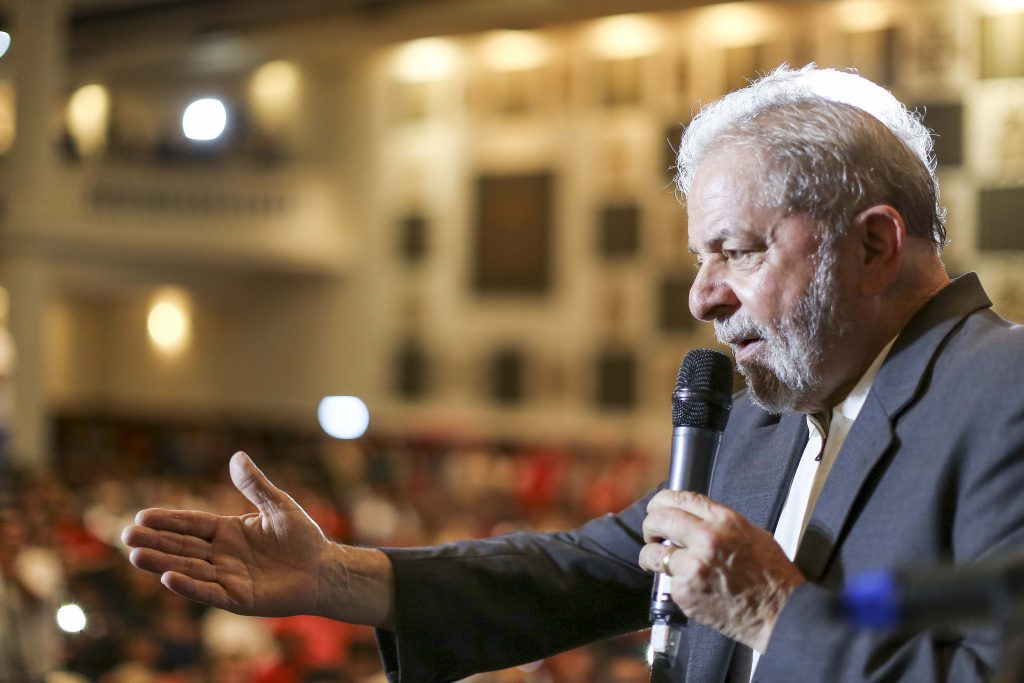 First of all, I would like to thank you for the invitation to participate in this meeting and to greet all the panel members.

Mr. Kailash Satyarthi, promoter of the Global March – Against Child Labour and winner of the Nobel Prize;

And I would also like to greet Dr. Koumbou Boly Barry, United Nations Special Rapporteur on the Right to Education.

I would like to greet all the organizations promoting this meeting which the Lula Institute has the privilege to participate in.

I would like to start expressing solidarity with all families of the victims of the pandemics our world is going through.

I would also like to speak about these terrible times, after dealing with our core issue, which is Education and its role in building a new, better society, much fairer than the one we live in.

This September, we celebrate the 100th anniversary of the great educator Paulo Freire’s birth. Paulo Freire was my friend, he was born in the same region I was born in Brazil, in the state of Pernambuco, and he was one of the comrades who founded the Workers’ Party.

He will always be remembered for the contribution he gave for the liberation, through education, of the oppressed in Brazil and around the world.

From the many lessons Paulo Freire has left us, two of them are often highlighted. The first one is the notion that the one who educates is also the one being educated. It is a concept that could only be formulated by someone who had the greatness to respect the wisdom of the humble people and to recognize the existence of the other, above social barriers and prejudice.

The second lesson is that education liberates us in the broadest meaning the word freedom can have. In the society and region we were born in, marked by concentrated land ownership, the inheritance of slavery, the brutality of the rich against the poor, and by hunger and inequality, the simple act to learn how to read and write would be a very rare achievement for the working class.

Education allows human beings to gain consciousness of themselves and thus be aware they are citizens who are capable of making efforts for their rights. Paulo Freire said in one of his books: “Education alone cannot transform society, but without it, society cannot be changed”.

It is not for any other reason that access to education has been denied to so many children and young people throughout the world. It is to perpetuate the mechanisms of inequality and keep the power of one nation over another, of one layer of privileged people over the immense majority.

I can only speak of what we have experienced in Brazil and what we have done so Education could become a right to all.

I am myself a survivor of the destiny reserved to the majority of our people. Someone like me, expelled by poverty from my hometown, having worked during childhood to help my mother support the family, I was not supposed to have succeeded. Perhaps I would not have made it to adulthood. I was not supposed to learn a metal worker trade, or have gone on strikes with my union comrades, let alone have built, along with thousands of workers, the largest left-wing party in Brazil.

The fact is: Eighteen years ago the Brazilian people trusted me, the Workers’ Party, and, along with our coalition allies, with a mission that could be summarized in one single word: change.

I will not speak further about the efforts we have done to fulfill that mission, but I can summarize it in two sentences. For the first time, in 500 years of history in Brazil, the working class majority, the black people, and the poor were the center of public policies.

And for the first time, the poor have made it to the government budget not as statistical data, and even less as a problem, but as part of the solution for the country’s development issues.

No result of this collective action is more eloquent than the fact that 36 million Brazilians were lifted from extreme poverty, Brazil left the UN Hunger Map and 21 million formal jobs were created in little more than 12 years, including President Dilma Rousseff’s term in office.

Within the set of public policies we have adopted to change the Brazilian scenario, education played a central and organizing role. The Bolsa Família program, for example, promoted income transfer to 14 million households, conditioning the payment of these stipends to the children’s attendance to school, amongst other requirements. I believe that this direct relationship between income transfer and access to education was one of the key factors of Bolsa Família’s success and one of the reasons it was adopted by many other countries.

I remember I forbid the cabinet ministers in my administration to use the word “expenditure” or “expenses” to refer to the budget for Education, which was tripled during our term in office. Those resources were, in fact, investments.

We invested in creating a national floor for the wages paid for the teachers in public junior and high schools that in Brazil are under the responsibility of local administrations.

We invested in teachers’ training courses and also ensured healthy school meals for the children, which have come to be acquired directly from family farms. We invested in a safe school transport service, in a country that has many regions where the distance from schools to homes have to be covered using buses, bicycles, and even small boats.

We invested in building libraries, purchasing computers to the schools, and tablets to the students. Former minister of Education comrade Fernando Haddad is going to talk further about this in another panel. Unfortunately, Brazil does not have a minister of Education that would be able to participate in such discussion, once the current administration declared itself an enemy of science, culture, and education.

I could not help but mention the two main landmarks we have left. The first one was the opening of 430 vocational training schools. This is four times more than everything that was ever done in one hundred years previous to our administration. These new vocational training schools gave the opportunity of a dignified profession to thousands of young people, children of the working class.

At the same time, we increased the number of enrollments in public and private universities, from 4 to 8 million students. We built 19 new universities and 173 campuses, the State came to fund educational credit and we passed a bill of affirmative action to assure students coming from public schools, black and indigenous people could join Federal Universities.

I am proud to say that the sons and daughters of the working class people and the young black people are currently the majority of students in Federal Universities in Brazil.

Any discussion about the future of humanity and the society we want to build has to take into account the impacts of the pandemics we are facing today, which has aggravated the extreme social and economic inequality around the world.

I was recently invited by the University pf Buenos Aires to talk about the post-pandemics world. I admit I did not – and still don’t – know how our lives will be. I believe no one knows, but I want to bring about some reflections.

Statistics show that the majority of the pandemics victims in Brazil are black, working class people, dwellers of big cities’ slums, and the outskirts. It does not differ much from the rest of the world. These are people who live in precarious crowded homes, who need to get their support on the streets every day and have to use public transport service. They are more vulnerable because they do not have access to healthy food and basic health care.

So, the first conclusion that we can come to is that this pandemic is not democratic.

And that is because the society we live in is not democratic, at least not for the majority. Everybody is subjected to being contaminated by the virus, but it is amongst the poorest that it produces deadly devastation.

This humanitarian emergency has led the responsible governments to adopt measures in the sense of keeping the economy and the people alive during the crisis with special credit lines, income transfer programs, and even the payment of wages to preserve jobs.

Even those rulers and the so-called experts that until recently defended fiscal austerity measures acknowledged that now is the moment for government spending because life is priceless, and the economy should serve the people, not the figures. And ultimately, it is the State that could provide the resources and organize society through this difficult period.

I believe it is the greatest lesson this pandemic is teaching us. The dogma of the Minimal State is just that, a dogma, something that can neither be explained nor justified in real life. The God Market is just a myth, and once again reveals its lack of capability of solving the global problems we are facing today.

I had the privilege to talk with Pope Francis, who dearly applies himself to studying this issue. We know that it is not a task just for economists and for the people of goodwill. We have to involve academia, intellectuals, artists, political parties, trade unions, social movements, grassroots movements, the churches. Everybody has to be included. However, we will not go anywhere if the governments of the world, the ones that have State power, do not engage themselves, in a very objective way, to deeply change the relationship between people and money.

For centuries they have told us that hunger and extreme poverty were as natural as rain and the sunrise. For centuries they have told us that the poor, the black people majority, and the sons and daughters of the working class were condemned to repeat the sad stories of their parents, grandparents, and great grandparents. But at least during a decade, in Brazil, we managed to prove that a country could be ruled for all – with special focus on the always excluded majority.

The immense inequality among human beings is simply unbearable, but as long as it lasts there will also exist the dream of change that moves us towards the future.

This is, from my point of view, another lesson we can learn from the pandemics. As deep as the crises may be, the darker the reality presents itself, it is up to us to shed the light on it. And I believe that dreaming and keeping on fighting was never so necessary to build a better world than the one we live in.

Thank you very much.