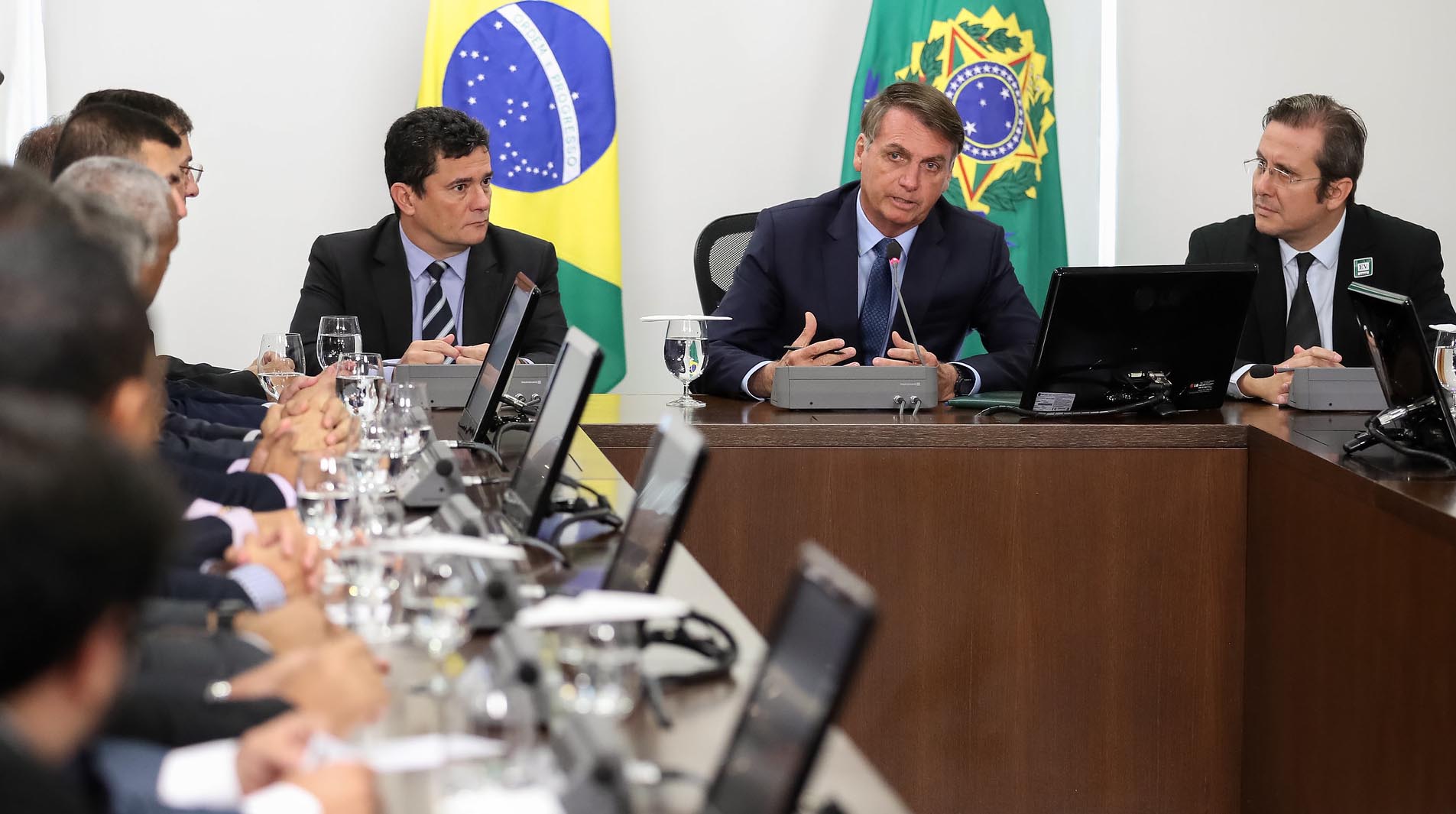 November 30, 2020
The then minister of Justice and Public Security Sergio Moro during a meeting with Jair Bolsonaro. Photo: Marcos Corrêa/PR

In a statement issued this Sunday (29), the North-American consulting-firm Alvarez & Marsal has appointed Sergio Moro as its Managing Director in the company’s Disputes and Investigations group. Moro was the magistrate responsible for the Operation Car Wash’s rulings and also minister of Justice and Public Security in Bolsonaro’s administration.

Alvarez & Marsal is today the judicial administrator of OAS and Odebretch, two of the contractors that have been under investigation in Operation Car Wash.

Moro, who played a decisive role as one of the main judges of operation Car Wash until he was invited to take part in Bolsonaro’s administration, now will be a fellow board member in the consultancy which is trying to recover the losses of these Brazilian constructors.

According to the statement, Moro starts working at the consulting-firm’s Brazilian branch in December.

The hiring of Sergio Moro to work for the representative of OAS and Odebrecht dealing with Operation Car Wash adds one more element to the former judge’s already partial and deviant long trajectory.

Check out below, some of Moro’s deviant behavior throughout his career:

Banestado Case
Brazil’s Supreme Court has recently annulled a ruling Moro issued in 2013, regarding the Banestado corruption case, a scheme that occurred in the stake bank of Paraná in the ’90s. The ministers considered that there was a breach of impartiality in the ex-judge’s performance.

During his performance in the operation, Moro manipulated delation mechanisms, wiretapped lawyers, carried out partial conduct as he sided with the accusation, took over proceedings that should be ruled on the Supreme Court, and issued illegal bench warrants. Furthermore, he publicized handpicked leaks at key moments of the Brazilian political scenario.

The ex-judge systematically violated the Code of Conduct for Magistrates and even the Brazilian Constitution itself, as the #VazaJato stories, an investigative series on behind the scenes of Operation Car Wash, published by The Intercept Brasil, has recently shown.

Moro’s concern was to getformer President Luiz Inácio Lula da Silva out of the 2018 presidential race, which he accomplished by ordering his arrest shortly before the elections when Lula da Silva led all opinion polls.

The illegality of the ex-president’s imprisonment was denounced by various jurists in Brazil and around the world, then, and Lula da Silva was internationally considered a political prisoner.

Minister of Justice
Soon after Jair Bolsonaro’s victory, Sergio Moro was invited to take part in the new administration.

Moro left his position as a magistrate in November 2018 to become the Minister of Justice and Public Security of Jair Bolsonaro, who would have had Lula da Silva as his biggest political adversary during the elections.

The then minister remained silent as Bolsonaro’s administration repeatedly adopted anti-democratic measures until April 2020, when he resigned.

With information from UOL, G1, and GGN. | Revision: Garnet Colly

“A partnership between Moro and the US aimed at destroying Lula da Silva”, the former president’s lawyers say