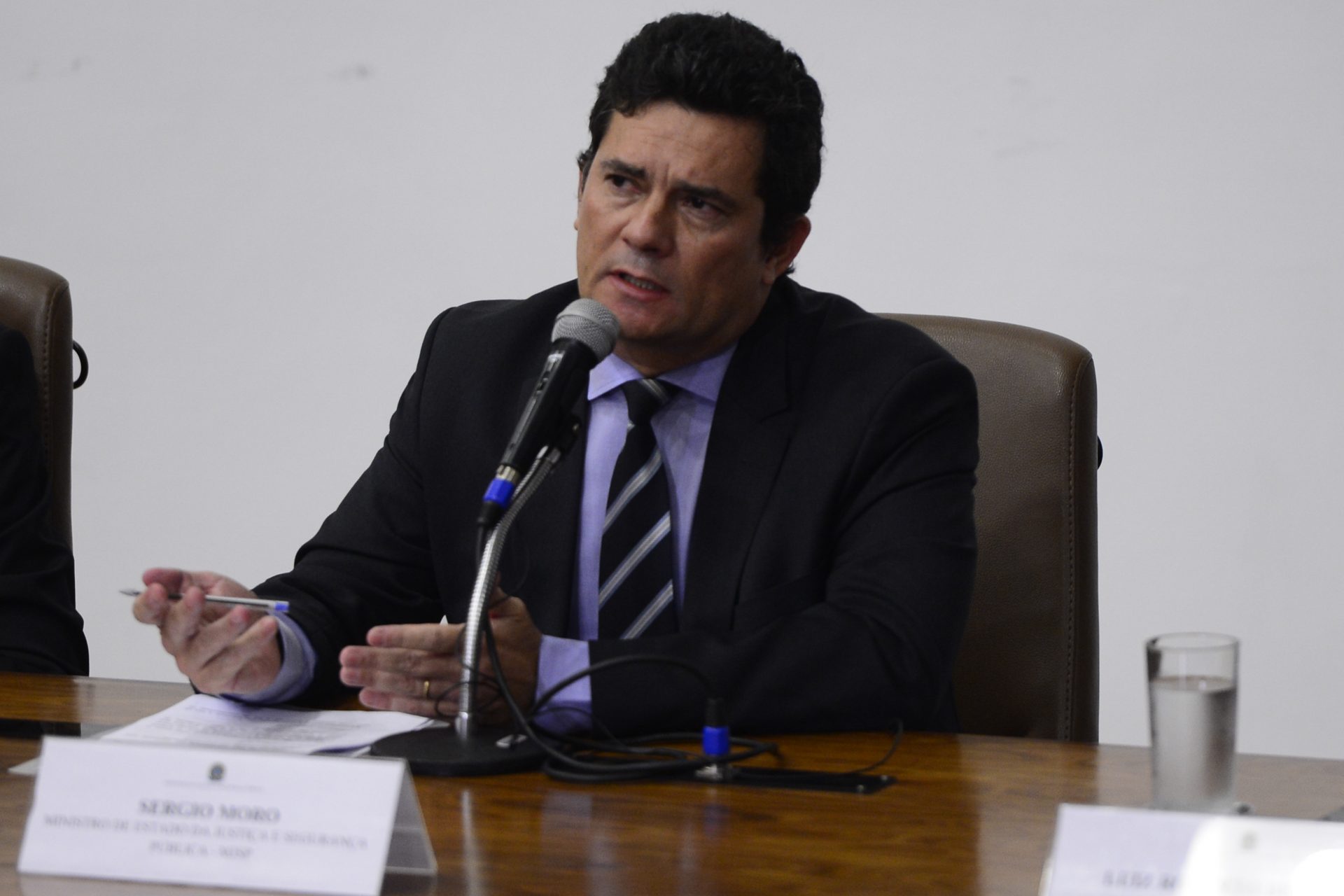 February 10, 2021
The then minister of Justice and Public Security of Brazil, Sergio Moro, announced his resignation during a press conference in April 2020. Photo: Marcello Casal Jr. / Agência Brasil

The task force responsible for Operation Car Wash was dissolved by the Brazilian attorney general this month. The end of the anti-corruption probe, whose action has changed the history of Brazil and Latin America, may have provoked frantic response: for some, it’s about one of the few efforts against the impunity for crimes committed by politicians and executives and must be kept open, to others, however, it’s just another example of Justice politicization, one that carries along with many flaws from the start.

Whether one is for or against the probe, one thing is sure: the entanglement of corruption and politics is still current affair. On the day the Prosecutor’s Office announced the end of Operation Car Wash, a politician investigated for alleged practice of corruption named Arthur Lira was elected speaker of the lower house.

Nevertheless, none of the announcements sparked outrage on the streets or social media. The immense political and social capital built by the prosecutors and Sergio Moro, the famous judge who began Operation Car Wash, has been melting down in the last couple of years. And this leads us to yet another conclusion: instead of helping tackle corruption, achieve more transparency in politics and strengthen democracy, the famous probe contributed to the chaos in which the country is today. It was sold as the largest anti-corruption probe worldwide but became the greatest legal scandal in Brazilian history.

Its underrated ending says a lot about the discreditit fell into after Jair Bolsonaro’s victory, promoted by the social outrage shared by the Car Wash partisans. It also allows us to outline a reevaluation of the probe’s legacy and how it will be featured in History books, especially after the publication of recent chats between Moro and the prosecutors on Telegram, which confirmed its prominently political nature.

To defend their work, the Operation Car Wash prosecutors presented a series of figures showing how immense the investigation is. Over seven years, they granted 1450 search and seizure warrants, 179 legal actions, and 174 convictions of high-level politicians and executives, including former president Luiz Inácio Lula da Silva. To do so, the prosecutors ended up violating due process without achieving a decrease in corruption in return.

Though it has long been known tha Moro had convicted Lula da Silva of “undetermined acts”, it is now clear that it was also Moro himself who headed the prosecutors against the former president, violating the legal principle of not being judge and party at the same time.

When Lula da Silva’s lawyers denounced to having been illegally spied upon by Operation Car Wash, the latter ensured it had been a “mistake.” Today, it’s possible to state that the prosecutors received information regularly from the Federal Police agents in charge of the wiretapping. And also that they aimed at developing strategies and securimg Lula da Silva’s conviction.

Moro bragged about the sums of money recovered to the public coffers during his conferences but concealed that 50% of the sum sourced out of the fines imposed by the US Department of Justice on Petrobras and Odebrecht would be allocated to a private foundation managed by the members of Car Wash and NGOs directors. In 2019, the Supreme Court suspended said foundation.

If we take magistrate Moro’s criteria to judge the actions of Moro as a citizen, these dialogues reveal illegal acts. In the face of these revelations, Moro and the prosecutors continue to deny the dialogues’ veracity. The downside of this argument is that it was the Federal Police itself, following Moro’s orders when he was minister of Justice and Public Security, that stated the messages’ authenticity after a review.

In 2019, journalists from The Intercept received 43,8 gigabytes of data that originated more than a hundred stories about the Car Wash Operation. Up until this moment, only 10% out of 7 terabytes were analysed, and one expects that failures and illegalities will continue to unravel in the operation. But even with this small percentage reviewed, the dialogues confirm that the investigation perverted justice, violated the rule of law in Brazil, and was a fundamental factor contributing to the dystopia the country is going through, with a substantial political crisis and ranking second in deaths worldwide due to the pandemic.

In 2018, when Moro announced he would accept taking part in Bolsonaro’s cabinet as his minister of Justice and Public Security, many specialists and partisans of the Operation were surprised. Maybe not so much anymore nowadays. To both, the ends justify the means.

And the consequences of this collusion are clear: the rule of law is increasingly in danger, with the complacency of most of the political and economic establishment that blindly supported Operation Car Wash then and now supports the election of a politician accused of the practice of corruption as the speaker at the lower house. Simultaneously, the president dismantles most of the institutions which fight against corruption and crime.

Nevertheless, there is good news for Brazil: not every Brazilian institution has been co-opted. Some of them denounced those misdeeds, backing demands from civil society to re-establish the rule of law, starting from the restoration of Lula da Silva’s political rights. It’s necessary to keep overseeing and denouncing such arbitrariness, as it is to critically reevaluate the meaning of Operation Car Wash in terms of justice and democracy in Brazil.

That does not mean that a firm action of justice against corruption is not indispensable. Quite the opposite, it’s necessary to reinforce the tools to end the incestuous relationship between money and politics.

Gaspard Estrada (@Gaspard_Estrada) is executive director of the Political Observatory of Latin America and the Caribbean (OPALC) of Sciences Po, in Paris.