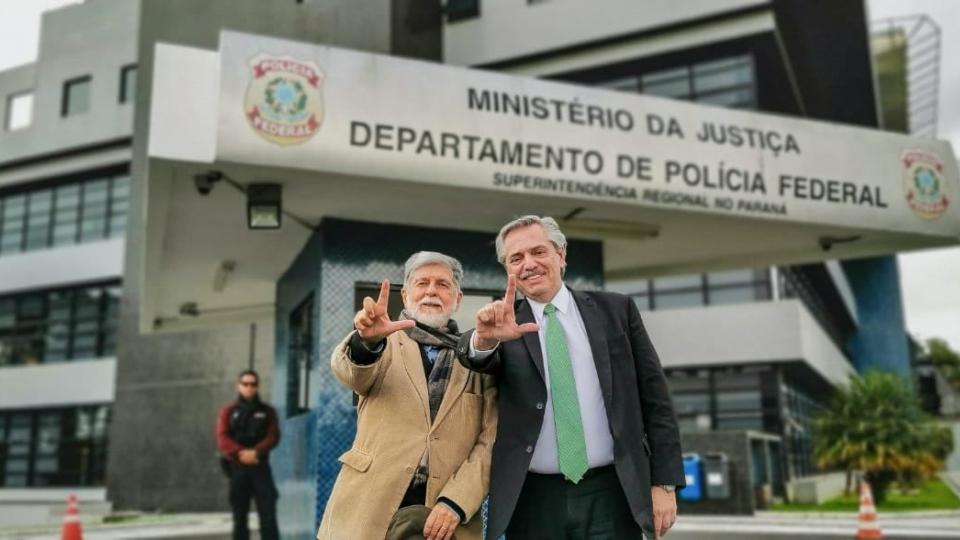 Opposition candidate to macrism Alberto Fernández met brazilian former president Lula in Curitiba. In an interview to the argentinian newspaper Página/12, minutes before entering the prison, he declared that “Lula is the victim of an arbitrary detention.”

Fernández visited Lula last Thursday afternoon, accompanied by former Foreign minister, Celso Amorim, in charge of intermediating the meeting. Lula was imprisoned on the 7th of April 2018 after a controversial conviction which, according to investigations by The Intercept, was manipulated by the then judge Sérgio Moro in order to prejudice Lula.

The Argentinian presidential candidate also commented on having exchanged messages with Pope Francis about Lula´s situation and other judicial persecutions that leaders and opposition figures have suffered in Latin America.

The current president of Brazil, Jair Bolsonaro, has made public his fear of a possible defeat of Mauricio Macri in the upcoming elections of October. He had also suggested something similar on 3rd of July, when participating in the celebration of Independence Day at the embassy of the United States. Concerning those declarations, Alberto Fernández issued a response, in which he affirms that: “The best Bolsonaro can do for me is talking about me”.

Lula is the main political prisoner in the world, says Noam Chomsky