Lula To Fight Neoliberalism to Restore Democracy in Brazil 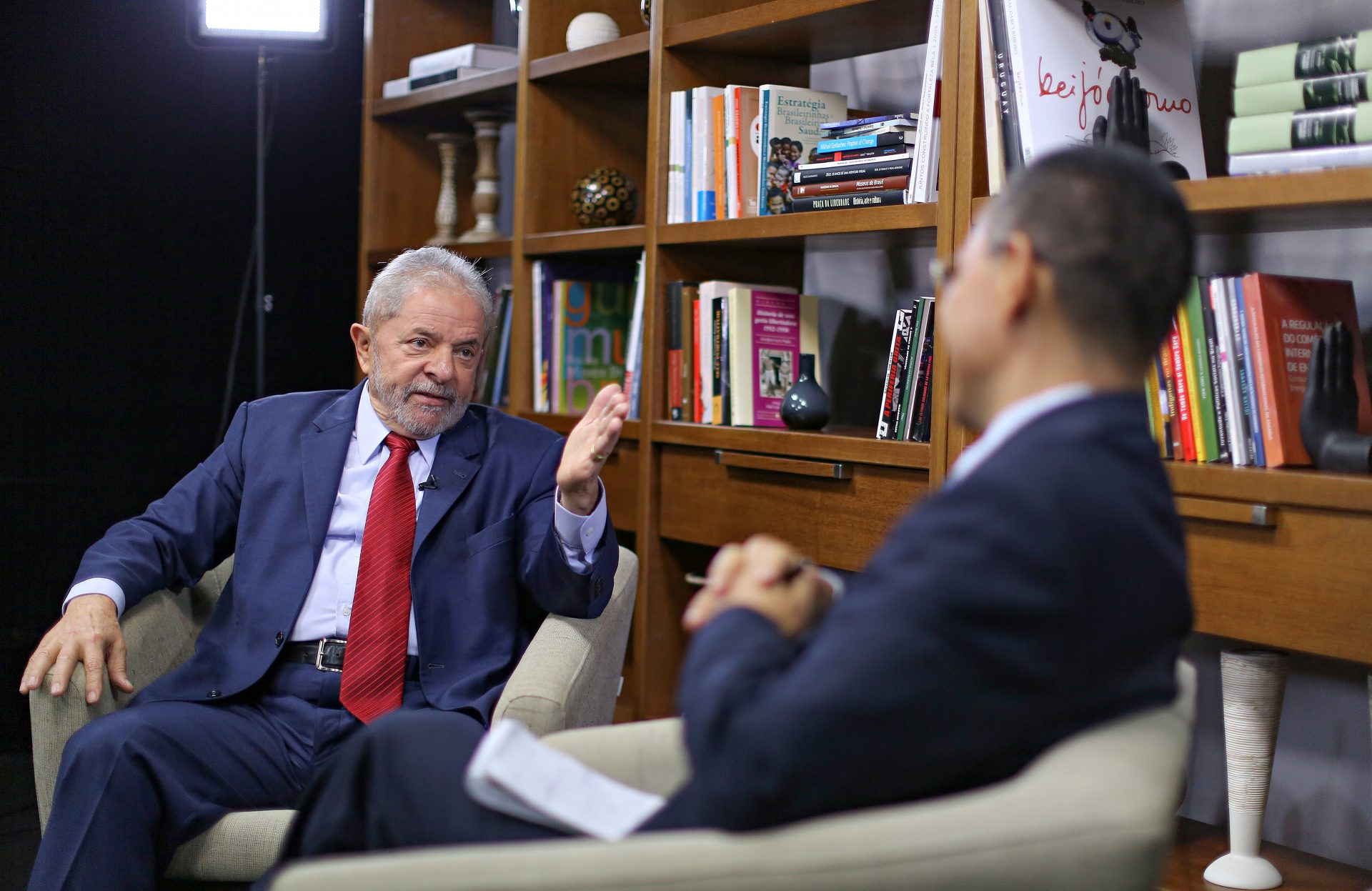 In an exclusive interview for teleSUR, the former-president analyzed the reality that Brazil is experiencing and the social protests that have occurred in several Latin American countries.

The former president of Brazil, Luiz Inacio Lula da Silva, said Thursday that he has the will to fight to restore democracy in his country and to fight against the current situation of people under the government of Jair Bolsonaro.

In an exclusive interview for teleSUR, the Workers Party leader reiterated that the South American nation has “all the conditions to recover a democratic debate … and combat neoliberalism that is destroying all public heritage.”

“The days I was detained in the Federal Police (of Curitiba) strengthened me politically and today I have a greater will to fight until the restoration of democracy in Brazil,” he said.

In addition, he stressed that democracy is a very serious issue and lamented that Brazil, which was previously a country where tolerance and love existed, now finds that hatred has been established in some sectors, promoted by those who seek to destroy the achievements made for most people in need. “The situation in Brazil is delicate … the people are suffering, they are losing their rights,” Lula said.

The social outbreak in Latin America
Lula criticized the role of the Organization of American States (OAS) in the region, stating that “it is a shame” and reiterating that several Latin American governments are currently being subjugated to the will of Washington.

Among these, he mentioned Bolsonaro, who has not only attacked the sectors that show disagreement with his policies, but has also become allies to those interventionist governments that seek to destabilize the continent.

“What happens in Latin America is a deep articulation of the extreme right led by the U.S.” and U.S. President Donald Trump, in what the Lula believes is an attempt to destroy those systems that defend their democracy and the sovereignty of their resources.

On the coup d’etat in Bolivia, he rejected that the Armed Forces did not endorse the legitimate president Evo Morales, but instead placed themselves on behalf of those who violated democracy and attacked the population.

Hope for the region
Regarding the elections of Andrés Manuel López Obrador in Mexico and Alberto Fernández in Argentina, the former head of state said that this represents relief and hope for the region. He congratulated both, and particularly Fernandez, whom he recognized for his commitment and achievement of returning to democracy after the Government of Mauricio Macri.

On the other hand, Lula congratulated President Nicolás Maduro and the Venezuelan people for their arduous resistance despite the economic and financial blockade imposed by the U.S., as well as the attempts of the extreme right to return to violence and not participate in a dialogue to discuss differences and guarantee peace.

The founder of the Workers Party reminded Venezuelans that only they are the ones who must solve their problems, choose their rulers and determine whether they do it well or not, but they should not fall into the provocations of those who do not even respect the will of the majorities and seek to destabilize the country.

Lula recalled the time when Latin America had presidents such as Hugo Chávez (Venezuela), Rafael Correa (Ecuador), Evo Morales (Bolivia), Néstor Kirchner and Cristina Fernández (Argentina), Tabaré Vázquez (Uruguay), as well as him and Dilma Rousseff (Brazil), a period in which the region achieved great popular achievements, democracy was a fundamental factor and they were heard in the world.

Judicial process
The former Brazilian president once again reaffirmed his innocence and guaranteed that the judicial process against him will gradually be discredited by the irregularities behind his detention.

“I think that soon the judicial process will be discredited (…) I feel sad because a Public Ministry that was created to guarantee the democracy of a country and some people (there) decided to do politics. I think they were not satisfied with the success of our Government,” he said.

Likewise, Lula insisted that he plans to unmask every accusation against him, since those who pointed him out and were behind the investigation of the case lied. “I respect the institutions, but I want to demoralize some people who use the institutions to make partisan politics … it may take a while, but we will restore the truth in Brazil,” he said.

Check the interview out:

Lula: “Brazil has regressed to the status of a colony”

“Moro was already a politician when he condemned me”, denounced Lula